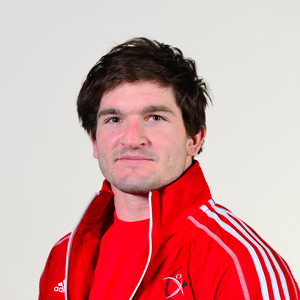 Silver medallist on horizontal bar at the 2015 Pan American Games in Toronto… Six-time World Championships team member (2009, 2011, 2013, 2014, 2015, 2017)… Injured his ACL in early 2016 sidelining him from qualifying for the 2016 Olympic Games… Returned to competition at the 2017 Canadian Championships, competing only on the H. bar… Captured three medals at the 2014 Commonwealth Games – bronze (team), silver (rings), bronze (H. bar)… Studying engineering at McMaster University.

Getting into the Sport: Started gymnastics at age 9… ﻿