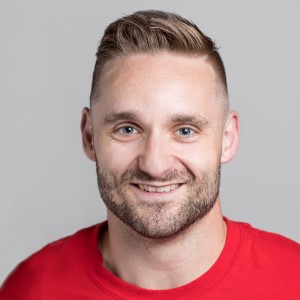 Canada’s lone representative in men’s artistic gymnastics at the 2016 Olympic Games in Rio where he competed in his specialty events – floor, rings, and vault…. Five-time World Championships team member (2013, 2014, 2015, 2017, 2018)… Was Canada’s second-most decorated athlete at the 2014 Commonwealth Games where he captured four medals, including a pair of golds… At the 2013 World Championships, he qualified for the floor exercise final - the first time a Canadian man had qualified for an apparatus final since Kyle Shewfelt in 2006… Member of the Canadian team at the 2011 and 2015 Pan American Games -- qualified for the vault final in 2015… Had a near-podium finish at the Rio 2016 test event, finishing fourth in the vault.

Family: Parents James and Carol Morgan. Has a brother, Robbie, and sister Holly.

Getting into the Sport: Started gymnastics at age 4 because his parents wanted a way to channel his energy.

Outside Interests: Enjoys auto mechanics and mountain biking. Works as a sales associate at a mountain bike retailer.

Odds and Ends: Had his Olympic dreams sparked by seeing all of the international athletes walking around Vancouver during the 2010 Winter Games. At age 6 was a mini-mascot for the NBA’s Vancouver Grizzlies.