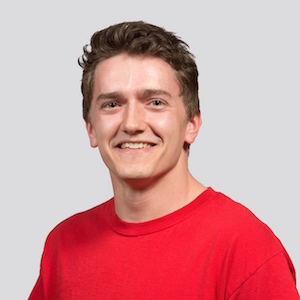 Getting into the Sport: Started trampoline in 2007, after a year of watching his sister compete he decided that he wanted to, as well.

What he loves about gymnastics: How there is always room to learn new skills, even at the highest level, and that it is an individual sport, so results are based only off of how you performed.

Most Memorable Moment: First competition representing Canada at the Indo Pacific Championships in 2010; it introduced him to a whole new side of the sport.

Odds and Ends: Is an Electrical Engineer who studies Quantum Photonics at the University of Toronto﻿… Would like make a significant contribution to the scientific community... Admires Tu Xiao for his perseverance and for pushing the limits of the sport...  Trevor was named the alternate athlete ﻿for the 2016 Olympic Games in Rio de Janeiro, BRA before tearing his anterior cruciate ligament at a competition.

Favourite Quote: "It is far better to grasp the universe as it really is than to persist in delusion, however satisfying and reassuring." - Carl Sagan﻿