OTTAWA, ON (Sept. 12, 2017) – Gymnastics Canada is pleased to announce the athletes, coaches, judges and staff who will represent Canada at the FIG World Championships in Trampoline Gymnastics in Sofia, Bulgaria from November 9th to 12th. 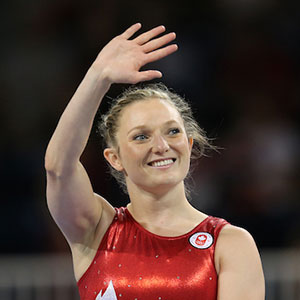 “We are happy and proud to name our team for the upcoming World Championships in Sofia,” said Stéphan Duchesne, High Performance Director for Trampoline Gymnastics at Gymnastics Canada. “Coming off of our recent successes at the World Games in tumbling and double mini-trampoline, and at the Olympic Games in trampoline, our athletes are excited to compete to the best of their potential in Bulgaria.”

The team is highlighted by the current Olympic champion in individual trampoline, Rosie MacLennan from King City, ON who became the first trampolinist in history to repeat as Olympic champion when she won gold medal at 2016 Olympic Games. The team also includes Tamara O'Brien from Coquitlam, BC who recently won a silver medal in double mini-trampoline at the 2017 World Games in Poland and is a returning member of the team who won Gold in the double mini-trampoline team competition at the 2015 World Championships. On the men’s side, Jon Schwaiger from Ancaster, ON who recently competed in both tumbling and double mini-trampoline at the 2017 World Games will be looking to add to his list of personal best performances in both events at these championships.

First established in 1969, Gymnastics Canada is the national governing body for the sport of gymnastics in Canada. Gymnastics Canada works closely with the twelve Provincial Federations and the 700 local clubs to provide a broad range of programs and services to meet the needs of all participants. From athlete development, to coaching and judging education, Gymnastics Canada sets the operating standards and practices for the sport in Canada. Our mandate is to promote and provide positive and diverse gymnastics experience through the delivery of quality and safe gymnastics programming. Visit www.gymcan.org for more information, or follow us @CDNgymnastics.