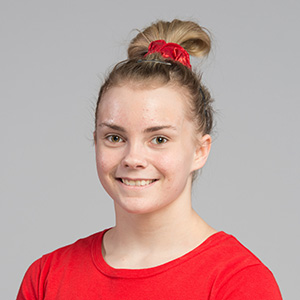 Getting into the sport: Her parents put her in gymnastics at the age of 3 because they believed it would give her a good foundation and because she was always full of energy.﻿

Most memorable moment in gymnastics: Representing Canada at the Youth Olympic Games and at the Jr PanAm Championships.﻿

Odds and ends: Admires her teammate Ellie Black. Is able to juggle, an would like to do the CN tower Edge Walk.