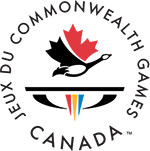 The Canadian athletes nominated to the 2018 Commonwealth Games Team are:

“This is our first multi-sport Games competition for this Olympic cycle and the first team competition for these disciplines so we’re excited to see where our athletes rank against the rest of the Commonwealth nations,” said Ian Moss, High Performance Director for Gymnastics Canada. “Canada traditionally does well at these Games – we finished just behind England in the total medal count at the 2014 Commonwealth Games in Glasgow with 15 medals – a number we’ll be looking to match or improve this year.”

With the women’s team a mirror of the 2016 Olympic team, there are high expectations to reach the podium in the team competition. Ellie Black, the 2017 World Championships silver medallist in the all-around, came home with three medals including gold on the beam from the 2014 Games and will be looking to help lead the team to a medal in the team competition, and also individually in the all-around and apparatus finals. Vault powerhouse Shallon Olsen will also be looking to podium in that event, as will Isabela Onyshko on beam – an apparatus she was a finalist on at the 2016 Olympic Games.

“This is our first big team competition of the 2020 Olympic cycle and we are excited to get started. We have high hopes for Team Canada, and Commonwealth Games are a great test for us to see where we stand,” stated David Kikuchi, team coach for women’s artistic, and personal coach for Ellie Black.

“I am so excited and honoured to be a part of the Commonwealth Games team,” said Black. “It's great to have this strong of a team going and we can't wait to represent Canada on the Gold Coast and to show everyone what Canadian gymnastics is all about!”

On the men’s side, with four out of the five team members fresh off representing Canada at the 2017 World Championships, the hopes are high to reach the podium in the team event. Rio 2016 Olympian Scott Morgan came away with three medals from the last Commonwealth Games, including gold on the rings, and vault -- he’ll be looking to bring home more hardware from these Games. All-around athletes Zach Clay, Rene Cournoyer, and Jackson Payne could all challenge to be Canada’s top athlete in that competition.

“The 2018 Commonwealth Games team will be setting the pace for the Canadian men’s artistic gymnastics team for this cycle. It is our first major team competition with the majority of our top senior athletes, and a solid showing at these games will go a long way in establishing our team’s potential for Olympic qualification,” stated men’s national team director Tony Smith. “We will be looking for solid leadership and performances from our veterans Jackson Payne and Scott Morgan to establish some team momentum. As well, Canadian all-around champion Zachary Clay and Elite Canada all-around champion Rene Cournoyer will have to have great meets if we are going to challenge England and Scotland. Cory Paterson will be making his debut in a major event for Canada, and we will be counting on his parallel bars and high bar routines to boost our team score.”

"I’m super excited to be named to the 2018 Commonwealth Games team,” said Morgan. “It’s always an honour to represent Canada on the international stage! Our experience at the 2014 Games in Glasgow was really a dream come true, so the goal is to continue our team's Commonwealth success and clinch another podium for Canada in Australia this coming April."

On the rhythmic side, Patricia Bezzoubenko was the talk of the competition in 2014, coming away with gold in every event but one. 2017 Canadian senior champion Carmen Whelan will be looking to mirror that success at these Games, while the team will look to repeat as team all-around champions.

“Our goal for this competition is to compete strong and enjoy the experience,” said Teresa Orr, National Team Director for rhythmic gymnastics at Gymnastics Canada. “For Katherine and Sophie it will be their first multi-sport games while Carmen will take advantage of her experience gained from the 2015 Pan American Games. Canada’s rhythmic team has had successful results at previous Commonwealth games taking the team silver in 2010 and the gold in 2006 and 2014. Alexandra Orlando arrived home in 2006 with six gold medals and Patricia Bezzoubenko, who recently retired, captured one bronze and five gold in 2014. We have big shoes to fill and the team is excited to have the opportunity to prove themselves and carry on the tradition.”

“I’m so excited and honoured to be named to the Commonwealth Games team. This has been a dream of mine since I watched Alexandra Orlando compete at the 2006 Commonwealth Games,” said Whelan. “After countless hours in the gym and overcoming many challenges, I just can’t believe this moment is finally here! For the competition I just want to trust my training and let muscle memory take over and try not to over think things. As they say, practice makes permanent. I hope to own the moment on the carpet and perform strong, clean routines and simply bring my best to team Canada, for myself and my teammates.”

"Coming off 15 medals in Glasgow in 2014, we are sending another top-level group of Canadian gymnasts to Gold Coast in 2018. Canada will surely continue its legacy as the most decorated Commonwealth nation in gymnastics, with its 130 medals, including 53 gold,” stated Chef de Mission Claire Carver-Dias.

The entire Canadian Team will be officially announced by Commonwealth Games Canada in March 2018.

First established in 1969, Gymnastics Canada is the national governing body for the sport of gymnastics in Canada. Gymnastics Canada works closely with the twelve Provincial Federations and the 700 local clubs to provide a broad range of programs and services to meet the needs of all participants. From athlete development, to coaching and judging education, Gymnastics Canada sets the operating standards and practices for the sport in Canada. Our mandate is to promote and provide positive and diverse gymnastics experience through the delivery of quality and safe gymnastics programming. Visit www.gymcan.org for more information, or follow us @CDNgymnastics

For more information about Gymnastics Canada

For additional information on the Gold Coast 2018 Canadian Team or CGC: