YOKOHAMA, Japan, Sept. 23  -- Megan Roberts of Toronto won the silver medal in the women’s floor exercise and Ottawa’s Sam Zakutney won bronze in the men’s high bar on Wednesday to cap a strong showing for Canada’s four-member team at a junior gymnastics meet.﻿ 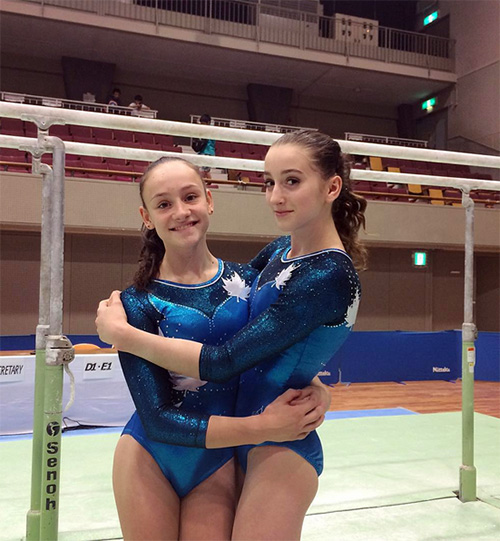 Roberts, the reigning Canadian all-around junior champion, scored 13.900 points to finish second on floor behind Lauren Hernandez of the United States with 14.933 points. Koko Dobashi of Japan took the bronze with a score of 13.766.

“Megan competed with a ‘go for it’ attitude showcasing her new floor routine with a fun style and big tumbling,” said Canadian coach Lisa Cowan of Toronto.

Jade Chrobok of Toronto, ranked second in Canada, also came up with a strong performance, qualifying for all four event finals en route to placing sixth all-around in a field that included gymnasts from the U.S., Japan, China, Germany, Romania and Great Britain.

In the men’s competition, Zakutney earned his bronze medal on the high bar with a score of 13.700 points.

Kenya Yuasa of Japan won gold with 14.100 points and teammate Fumiya Kitamura captured the silver with 14.050.

Zakutney also placed fifth in the uneven bars final and was 11th all around.

“They all did a great job and gained some valuable international experience,” said Cowan.﻿