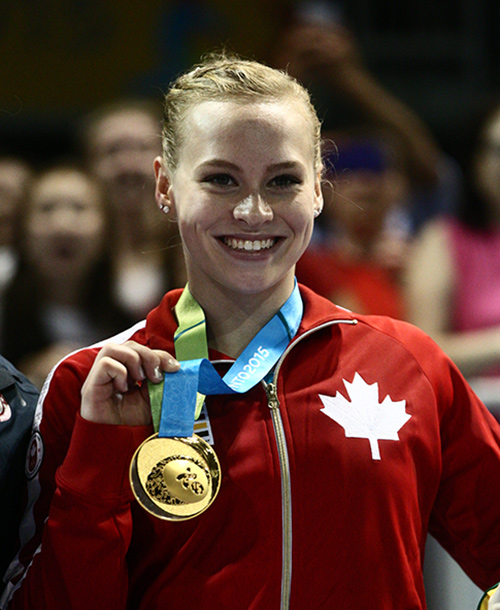 Black, from Halifax, NS, nailed all of her performances to finish with a total of 58.150. Madison Desch of the USA took silver with 57.450 while Brazil’s Flavia Lopes Saraiva took the bronze medal with a total of 57.050. Onyshko’s total was 55.050.

“That was unreal,” said Black of her performance. “Landing my last line I was so happy. I just put everything into my last bit of dance and tried to take it all in. It’s incredible being up there having the crowd standing, cheering you on. That was just an unreal feeling.”

On the men’s side, Kevin Lytwyn (AB) will compete in the floor and rings apparatus finals on Tuesday, as will Cournoyer on the pommel horse. Wednesday will see Scott Morgan compete in the vault finals while Lytwyn will aim for the podium on the horizontal bar.